Home » Mashed Potatoes (or are they?)

Do you love mashed potatoes? Learn the difference between mashed, smashed, and whipped potatoes, as well as tips on how to make each kind extra super tasty!

Potatoes are one of those things that people expect to be served during Thanksgiving.  Who can blame them, right?  When they are seasoned well and slathered in butter, potatoes can quickly become a show-stealer.  Heck, even when they aren’t seasoned well and slathered in butter I’ll happily eat them – after all, I will always be a carbohydrate kid.

I grew up calling all forms of potatoes that were not still whole, “mashed”; it turns out I’ve actually been eating whipped potatoes my whole life.  Who knew?  You probably did, but I most certainly didn’t.  So, I’ve set aside this entire post to talk about the differences between mashed, smashed, and whipped (aka: creamed) potatoes.  I’ve also given you some tips for how to make each one the best they can be!

I love many foods, but I REALLY love potatoes!  P.S.  The title photo plus the one at the end are courtesy of Dani White Photography.  She’s amazing and you should go check her out – or book a session, whichever 🙂 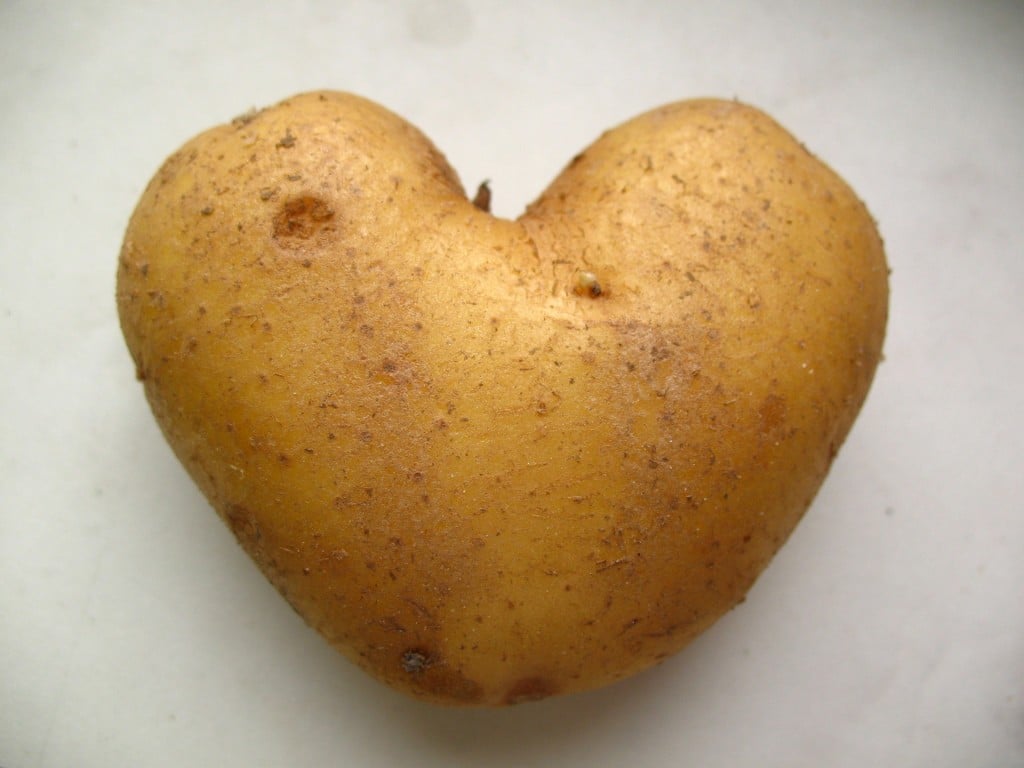 What are Mashed Potatoes?

Mashed potatoes are potatoes that are broken down into a smooth consistency using a potato masher, ricer, or food mill.  It often has the addition of milk and butter to give it a richer flavor and creamier texture.

What is the Difference Between Mashed and Smashed Potatoes?

When it comes to potatoes, the first type of Thanksgiving potato that pops into peoples’ minds are mashed potatoes.  They are smooth, delicious, creamy, and a marvelous side dish that is easy to reheat – making it an ideal addition to the feast since you can make it ahead.  But did you know that all this time you may have actually been making “smashed” potatoes?

What are smashed potatoes?

Smashed potatoes are potatoes that are cooked with the peels still on and are not smashed until smooth.  Think of it like a ninja just came over to your bowl of potatoes, gave it a spin and then issued it a few “hiy-a!’s and sent it to the table.  Smashed potatoes are still chunky, but because they were thoroughly cooked, when pressure is applied they break apart into crumbly yet thick mixture.

Smashed potatoes are the unrefined cousins of mashed potatoes; the family calls them “rustic” but what they’re really thinking is “dirty hillbilly”. 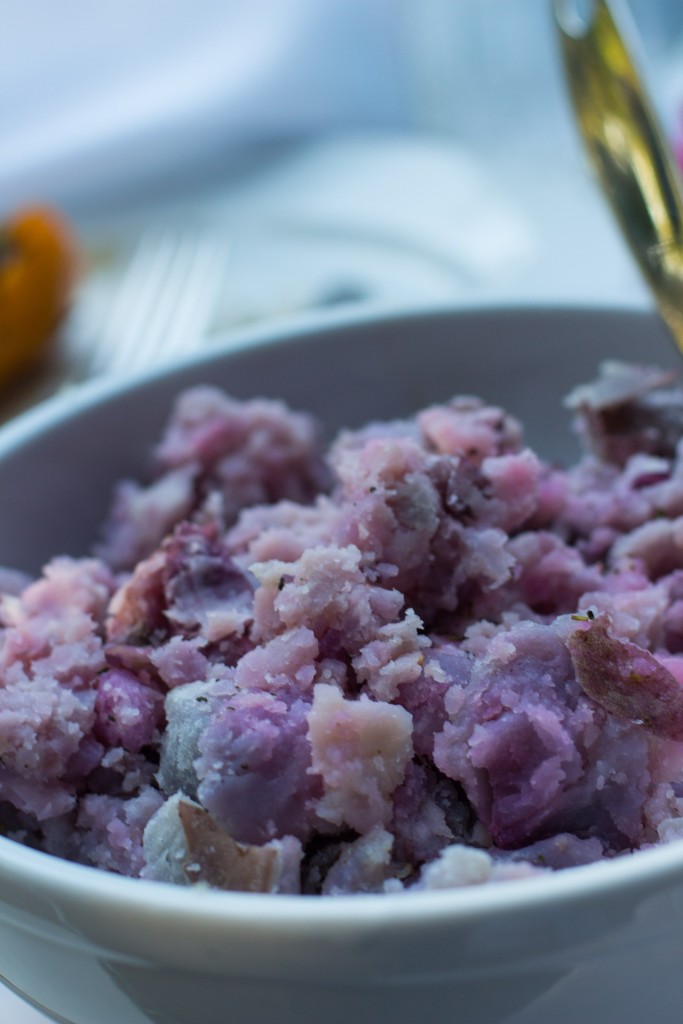 What is the Difference Between Mashed and Whipped Potatoes?

Like we discussed earlier, mashed potatoes are mashed using a special tool (potato masher or ricer, usually) until smooth, and they usually has the addition of milk and butter to create a creamy texture.

I grew up thinking that this is what I was eating.  The first time I saw someone actually make mashed potatoes I was really confused – that was, after all, NOT how Mom made them.

What are whipped potatoes?

Whipped potatoes are potatoes that are beaten with a mixer or blender until extremely smooth.  Usually, the process of whipping them with the beaters incorporates air into them, giving them a fluffy and airy texture – as compared to smashed or mashed potatoes, which may feel a little heavier in texture and consistency.

I find that one stick of butter + 1/4 – 1/2 cup of milk for every 3 pounds of starchy potatoes yields a nice flavor & texture when making whipped potatoes. 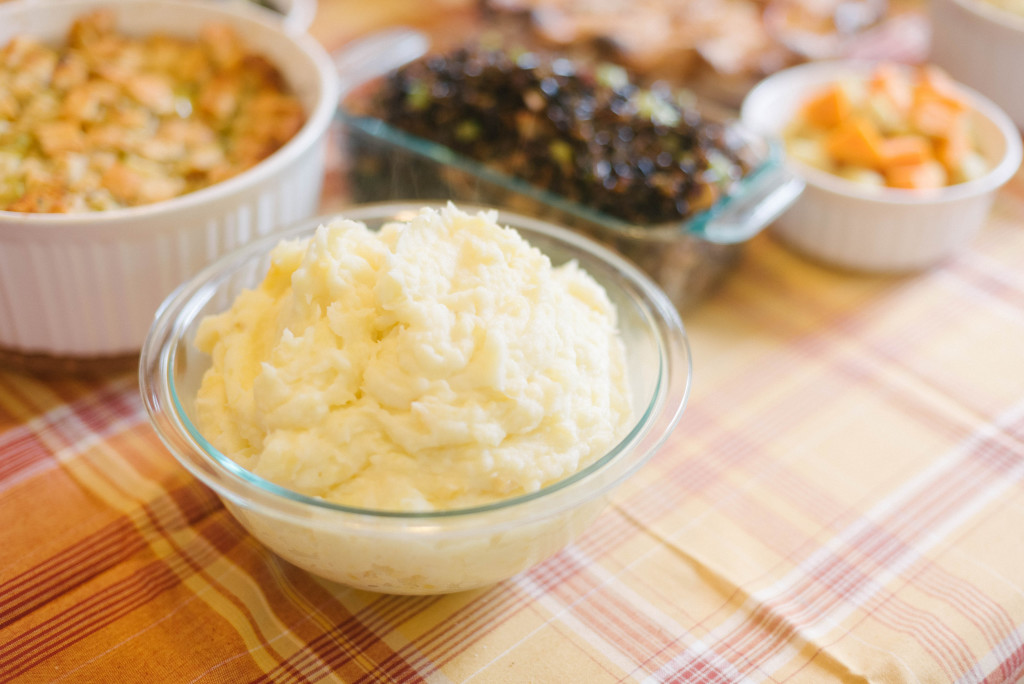 Thanks for stopping by!

What way do you prefer to eat your mashed potatoes?

Do you have any favorite tricks for making them super tasty?

Tell me below or show me on social media – @foodabovegold.  Make sure to tag it #CallMeMichelin so everyone can see it!